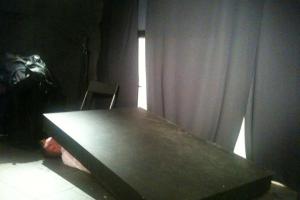 I saw two shows about life yesterday. Specifically, its anxieties with the knowledge it’s all going to end. Both were brilliant. Both were original. And both were very funny. So go see Mark Stephenson in Someone, Somewhere (2.45pm, Royal Mile Tavern, free) and The Tibetan Book of the […]

I don’t think I’ve ever been so scare of anyone’s mouth than Rob Beckett’s. Just look at it. It’s so large and full of teeth that could chomp your nose off in a second. One second. I have no opinion of his show though as I’ve not seen […] 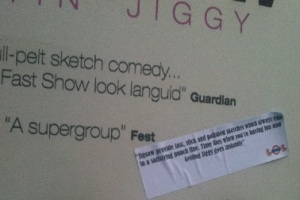 So today, I woke up in Edinburgh, and it felt very good. Until I stared out the window, and realised that my decision to bring two umbrellas from London was probably a correct one. Nevertheless, I ventured on the long walk from Queensferry Road to Bristo Square to […]

Hallo you. Laugh Out London is now in Edinburgh for the Festival Fringe 2012, and I, Tom, shall be keeping track of all the laughs, tears, rain and vomit in this Fringe diary. And what a first day it was for me. Even though about 75 per cent […]