Comedy in Tooting – May 2 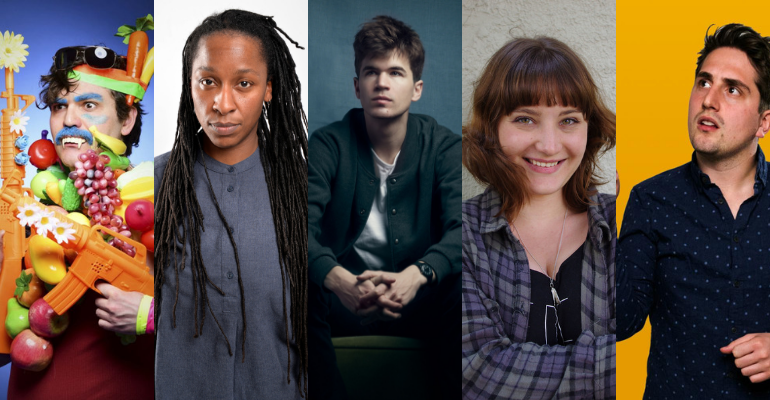 Laugh Out London comedy club is back in Tooting with another superb bill headlined by Live At The Apollo star, IVO GRAHAM.

Live At The Apollo star, apologetic Eton and Oxford alumnus and all-round Laugh Out London favourite, Ivo Graham returns. Ivo was the youngest ever winner of the prestigious So You Think You’re Funny award and has since  gone on to feature on Mock The Week, Live From The BBC, Comedy Central At The Comedy Store and As Yet Untitled, as well as producing a number of critically acclaimed Edinburgh Fringe shows.

‘One of the best young comedians around’ ★★★★ Time Out

‘A very convincing set from this erudite comedian’ ★★★★ The Independent

John Luke Roberts has received more critical praise than you can shake a stick at in the past couple of years. He’s a gloriously absurd performer who deserves all his praise.

“A winning manifesto on the importance of absurdism” ★★★★★ – Fest Mag

“an incredible joke rate, with Roberts cramming in more original punchlines in his hour than some comedians manage in a career” ★★★★1/2 – Chortle

Twayna Mayne’s distinctive style paired with her deliciously honest material has taken her to the finals of numerous competitions including the prestigious New Act of the Year.

Twayna has recently appeared on Radio 4 Extra Best of the Edinburgh Fringe, BBC Scotland at the Fringe and BBC Radio 4’s Loose Ends.

She has also had her own BBC Radio 4 Series commissioned, coming in 2019.

“This is a cool, polished performance from a woman of our time. I look forward to seeing Twayna on Live at the Apollo and taking on the panel show ‘boys club’ very soon.” ★★★★★ FUNNY WOMEN

“If her career progresses as I expect it could, then maybe she will become a role model for future generations” ★★★★ ONE 4 REVIEW

Luke McQueen is a critically acclaimed, maverick of the Edinburgh fringe whose BBC series, The Luke McQueen Pilots, was nominated for a National Television Award.

‘Nervous laughs at the unpredictability of a lunatic merge into heartier guffaws for his bold set pieces, raw potency and inspired ideas’ Chortle

“A true maverick” The Scotsman

Australian star, Laura Davis, winner of the Melbourne Fringe Best Comedy award, alongside a host of others, joins us as MC. Laura’s fringe shows have been consistently excellent and she’s a fabulous MC to boot!

‘…extraordinary stand-up that squeezes your heart until you feel the blood surging through your body’ ★★★★.5 – The Age

‘This is when the real magic begins; Davis flexes her improv muscles and comfortably lets things loosen up before bringing things home with genuine heart. Last year, Davis earned her status as a cult favourite; this year shows why she won’t remain an underground name for much longer.’ – ★★★★ – Time Out