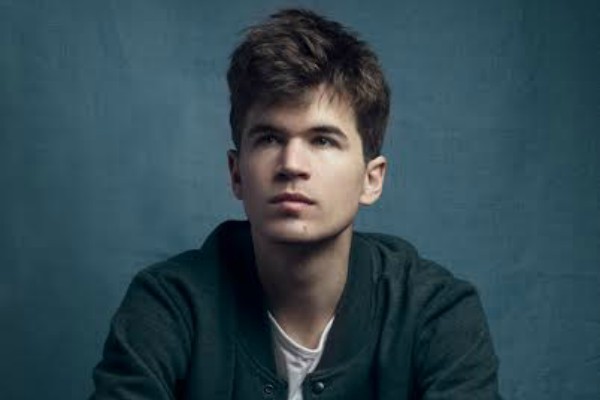 Hallo, Laugh Out London. In the short term, at least (and it is only the short term), I’m pretty cheerful, sat in the sunny beer garden of a south London pub, at the 1.5-pint “sweet spot” of laid-back productivity immortalised in Mitchell and Webb’s “Inebriati” sketch of 2010. Brazil have just knocked Mexico out of the World Cup, and if I can finish this and one other questionnaire in the next hour (you’re not special: this is a business), I’m going to treat myself to another continental lager and Belgium versus Japan. Is this the life? No, absolutely not. But it is a life.

The talking point (and people are talking) of this year’s blurb has been my decision to sacrifice extensive quotes and credits (everyone knows you appeared on Sweat The Small Stuff, Ivo! You don’t have to tell them again!) in favour of song recommendations. What is this, the now-defunct New Musical Express? My show is called “Motion Sickness”, mainly because it’s a catchy little sound bite which relates neatly enough to most of my current life anxieties, but also because, as detailed in the short and long blurbs respectively, it’s also the title of my fourth favourite Hot Chip song (on reflection, now probably my fifth: it’s been a hell of a six months for “One Pure Thought”), and a really gorgeous number by Phoebe Bridgers. Sure, nine out of ten people will read the blurb and think “what an indulgent thing to waste your word count on! I’m not touching that show with a bargepole!”, but one in ten will think “I like those songs! I’m still no more likely to go to the show, but what a cool guy!” And it’s exactly those self-defeating marginals that I’m building this whole flimsy career on.

Oh, the show? I haven’t written it yet.

Who are you sharing a flat with and how will you help each other survive the month?

I’m living in a two-bedroom flat with Alfie Brown, the hairy, uncompromising father of two who has been my friend and confidant since our first Fringe together in 2009. Excitingly, this will be the first time we’ve actually lived together, and I’ll be spending most of the month trying to elicit his cackling guffaw of a laugh, and his admirably honed impressions of Jamie Carragher and Slavoj Žižek.

Any shows you’re excited about seeing?

Having put most of my energy into the music recommendations, I’m sticking pretty mainstream with these: Mr Swallow is always the purest, most joyous hour of fun to be had at the Fringe, with his noble stooge Kieran Hodgson not far behind. Suzi Ruffell will no doubt maintain her 100% record of every show being better than the one before, and, in other shameless recommendations of close personal friends, I’m looking forward to watching Alex Kealy try to fit all of his irritatingly viral tweets into the abysmally titled “A Kealy’s Heel.” And Alfie, of course, partly because he’s a brilliant stand-up, mainly because if you haven’t seen your housemate’s show by week 2 things start to get a little tense around the hearth.

Last year, the thing I was most looking forward to about Edinburgh was a trip to watch Swindon away at Carlisle on the opening day of the season, a plan abandoned when we missed the train due to a hold up with my friend Stu’s ticket. Though we had a lovely time watching Hibs instead, the disappointment of missing out on this unique opportunity to tick Brunton Park off the 92 hit me very hard, so, rather than daring to dream of any similar japes this year (Lincoln’s too far, and I’ve already been), I’m going to have to rather half-heartedly say “Red Box noodles”. Not that half-heartedly, though: it’s probably my favourite restaurant in the world. Will they have a card machine this year? Of course they bloody won’t.

The Fringe’s tagline this year is ‘Into The Unknown’. What do people not know about you?

I’m bored of all the podcasts I currently subscribe to. Can you recommend me a good one please?

I’m afraid to say my podcast listening doesn’t deviate far from the comedy-chat-with-a-hint-of-football middle ground. However, I did have a really great time on a night bus recently listening to Ed Gamble guesting on Tom McCall and Sam Pamphilon’s “Desert Island Crisps”, a brilliant choice of niche, although one I’d struggle to recommend to anyone without at least a passing interest in crisps.