Laugh Out London brings you a list of some of the best musical/cabaret comedy shows you will see at the Edinburgh Festival Fringe 2018.

As usual we’ve avoided some of the bigger names and focused on newer/less-established acts who should be among your favourites, if they aren’t already. The shows are listed in chronological order for your convenience.

New for this year is our ‘must-see’ show. In each of our Fringe recommendation categories we will pick one outstanding act that you simply must see . It’s the one that’s all highlighted below. 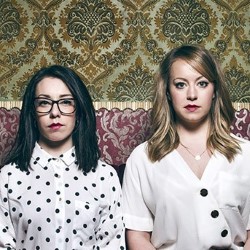 This musical duo have a raised profile thanks to their performances featuring on an actually rather good ad campaign from a bank (I can’t remember what one, so maybe it’s not that good a campaign). Anyway, they’re the sort of comedy act where seeing them in the middle of an episode of The Handmaid’s Tale is a very pleasurable distraction from the utter despair of a dystopian world.

Flo and Joan Alive On Stage 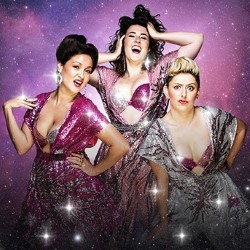 These guys have won Best Cabaret at the Adelaide Fringe 2018 and been nominated for Best Newcomer at the Melbourne Comedy Festival. A fun-filled hour of female empowerment, songs and glitter. 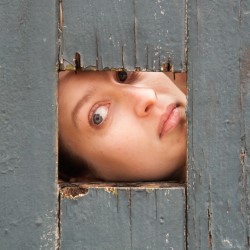 Winner of the Funny Women Award 2016, Harriet combines nerdism and talent to create intellectual musical comedy on interesting subjects. This year’s effort is set in a library at the end of the world. 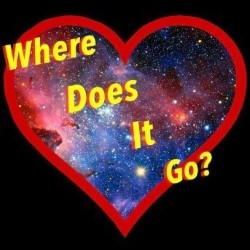 Zach and Viggo and Thumpasaurus

Where Does The Love Go?

Some of our favourite clowns Zach and Viggo team up with a Californian funk band for a an absurd, intergalactic opera. 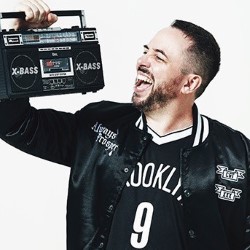 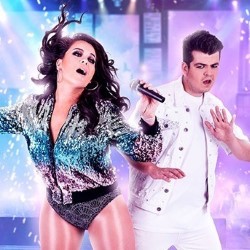 A New Zealand camp, poptastic duo in the mould of Frisky and Mannish. There will be confetti and energy and pulsating, sexy dance music. 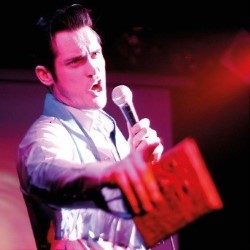 A very welcome return for one of the runaway hits of last year, Rob Kemp’s The Elvis Dead combines the film the Evil Dead and the songs of Elvis Presley in a way that makes absolute sense. Rob’s also doing a show earlier in the day that relies on the spin of a wheel to determine its content. 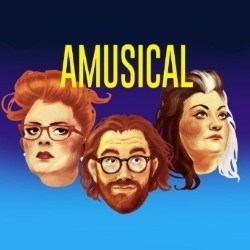 This was one of the absolute highlights of last year’s festival, with Kiri Pritchard-McLean and Jayde Adams hosting a glorious night of comedians performing their favourite West End hits. They’ve had the likes of Nick Helm, Aisling Bea, Sara Pascoe and John Robins before, all of whom have excelled themselves. 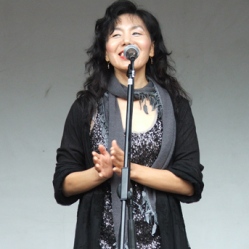 Adventures Of The Singing Acupuncturist 6: Big O Makes It In Ny…Or Does She?

Ever wanted a singing acupuncturist to tell you her life story through song? This is the sixth time she’s done it.

Adventures Of The Singing Acupuncturist 6: Big O Makes It In Ny…Or Does She?
Espionage
Aug 15-26, midnight
FREE 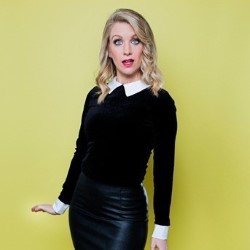 One of the most talented musical comedians on the circuit hosts a night of the best the Fringe has to offer.