Laugh Out London brings you a list of some of the best free comedy shows you will see at the Edinburgh Festival Fringe 2018.

As usual we’ve avoided some of the bigger names and focused on newer/less-established acts who should be among your favourites, if they aren’t already. The shows are listed in chronological order for your convenience.

New for this year is our ‘must-see’ show. In each of our Fringe recommendation categories we will pick one outstanding act that you simply must see. It’s the one that’s all highlighted below.

Grainne Maguire’s topical news quiz returns. Every day three different comics bring along the story from the news they think is the most important and argue why it’s the one you should care about.

Pop culture obsessive Sooz tries to work out how 90s videogames have shaped her life in a show that will appeal to anyone who still shudders at the pure dread of a rising water level while in control of a hedgehog.

Another comic whose material is shaped by the pop culture he’s consumed, Nathaniel makes a very welcome return to the Fringe after a few years off in a show directed by Fringe favourite James Acaster. Previous shows have gone deep into the Honey Monster, Disney’s The Barefoot Executive and Deep Roy.

Cassie is a huge talent with a real gift for voices, singing and all-round great performance. She’s been described as a ‘future national treasure’. We heartily agree.

After being nominated for Best Show at last year’s Fringe some people may have expected Ahir to go to a bigger, paid-for venue this year. But he’s stuck to the same room at the excellent Cabarat Voltaire and the same price at a marvellous £0. And will probably doing similar well-thought and critical stand-up on issues of genuine interest. 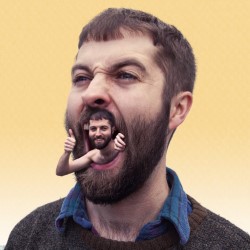 Is A Nice Little Man

David has probably the most truthful of any show title this year. He is indeed a nice little man who will be very pleasant company for an hour of character-based fun. 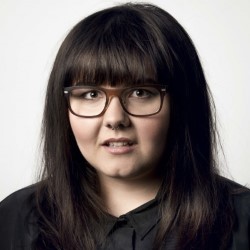 The 2015 Best Newcomer winner is back with a show that promises to be different each day, from podcasts to dance shows. It’s an exciting concept and one that will probably warrant repeat visits.

A debut performance Fringe performance for two newcomers to the stand-up world. One was in Budgie the Little Helicopter and the other lived in China for four years and now makes her own spacesuits.

Louise is currently going through a rather horrible sounding legal battle concerning her comments on her ex-husband in a previous show. Free speech and censorship are some of the unsurprising topics of the latest show from this natural clown. 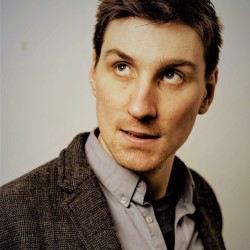 For the past few years Sean has quietly been making Fringe shows of subtle, thought-provoking stand-up, showcasing a real talent for strong writing that deserves a bigger audience.

Arnab quit a promising stand-up career in 2011 to become a very successful producer at the BBC working on shows from John Kearns, Liam Williams, Romes Ranganathan and more. He’s back to tell stories about broken dreams, death and getting alopecia.

A proper weirdo whose 40 minute show will tackle childhood obsessions, terrible YouTubers and why you should never eat glitter.

One of our all-time favourite stand-ups, Harriet is as charming as she is brilliant as she is nuts. This year she’s getting more political, taking on slut shaming and how society judges sexually confident women.

An “emotionally broken and quietly desperate”comedian, Alexander is the creator of cult hit Hell To Play.

I know nothing about this show other than the blurb on the Fringe website. It’s intrigued me though. “Take a glowstick.” Okay, I will.