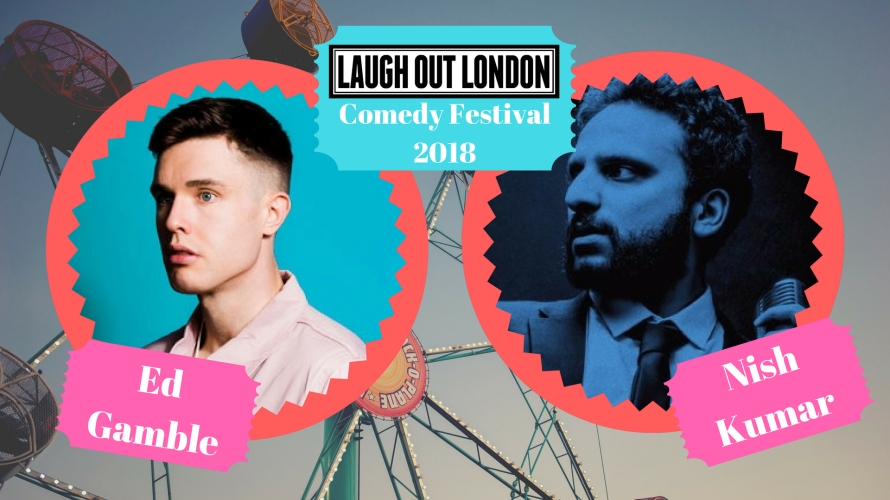 Laugh Out London presents a double-bill of work-in-progress shows for the Edinburgh Fringe as part of its fourth annual comedy festival in Islington. This show features NISH KUMAR and ED GAMBLE.

Nish Kumar: It’s in Your Nature to Destroy Yourselves (Work in Progress)
Double Edinburgh Comedy Award nominee and host of The Mash Report trials new material for a national tour. The title is a quote from Terminator 2. There will be jokes about politics, mankind’s capacity for self-destruction and some jokes that simply don’t work. Come watch someone build something. As seen on Live at the Apollo, Taskmaster, QI and Have I Got News For You. ‘One of the best young comedians we have’ (Times). ‘A masterclass by a no-frills standup at the height of his powers’ (Guardian).

Ed Gamble: Blizzard (Work in Progress)
After a sell-out national tour in 2017, Ed Gamble is back with another bracing flurry of idiocy. Off of BBC Two’s Mock the Week, Sky’s The Russell Howard Hour, Comedy Central’s At the Comedy Store and Drunk History, BBC Two’s The Apprentice You’re Fired, Channel 4’s Man Down, TBS’s Conan and a short film he can’t remember the name of where he killed a man from ITV’s The Bill with a spade. ‘This is a super show from a comic who may be about to become more of a force in the game’ (Chortle.co.uk).