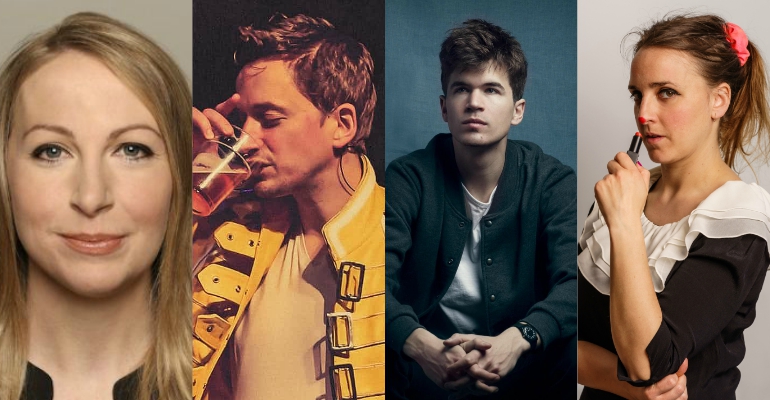 Laugh Out London is back for with another night of excellent value alternative comedy headlined by the superb John Robins.

Edinburgh Comedy Award Best Show Winner 2017
As seen on Mock the Week, Russell Howard’s Stand Up Central and Alan Davies: As Yet Untitled.
“Lays bare the limits of comedy with goosebump-inducing results” – ★★★★ Telegraph
“Robins fills the room with complicated joy” – ★★★★ Guardian
“He’s a cocky bugger onstage, is John Robins, but he can’t half back it up” – ★★★★1/2 Chortle

IVO GRAHAM
As seen on Live At The Apollo, Mock the week, Comedy Central at The Comedy Store, Alan Davies’ As Yet Untitled and Live From the BBC.
“Ivo Graham’s persona and material is more polished than ever” – ★★★★ Evening Standard
“Sharp punchlines, topper gags and the unmistakable sense of a young comic finding another gear” ★★★★ -Scotsman
“One of the best young comedians around” – ★★★★ Time Out

LUCY PEARMAN
Edinburgh Comedy Award Best Newcomer Nominee 2017
“There’s a disconcerting energy about Lucy Pearman, which makes it almost impossible not to laugh” – ★★★★ Scotsman
“gleefully silly… there’s an admirable self-assurance” – ★★★★ Fest
“engrossing…it might be very silly, the show captures the true spirit of what Edinburgh Fringe Festival is all about” – ★★★★ The Wee Review