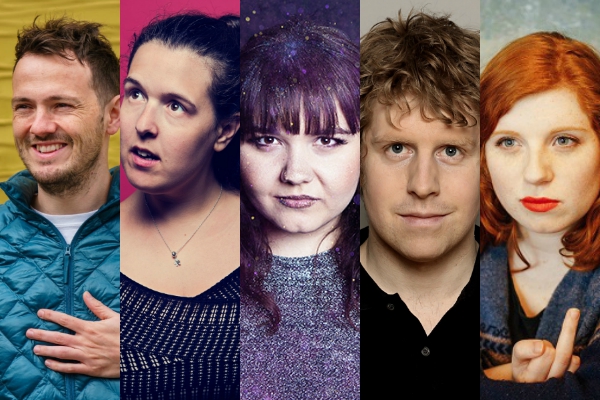 Laugh Out London is back for with another night of excellent value alternative comedy headlined by the superb Sofie Hagen.

SOFIE HAGEN
Winner Edinburgh Comedy Award Best Newcomer 2015
Winner 2014 Chortle Awards Best Newcomer
As seen/heard on the Made of Human podcast, The Guilty Feminist, The One Show, The Now Show and Live From The BBC.

JOSH WIDDICOMBE
New material from the Star of his own BBC 3 sitcom Josh, and co-host of Channell 4’s The Last Leg. He has also been seen on BBC2’s Mock the Week and QI, BBC1’s Live at the Apollo and Have I Got News for You and ITV1’s The Jonathan Ross Show and more!

ROSIE JONES
Funny Women comedy award finalist, writer for Channel 4’s The Last Leg and 8 Out of 10 Cats and on of the Metro’s 9 Hilarious Women To Look Out For.

“A clear audience favourite” – Chortle
“plenty of comic potential…. with gags going off at different, unexpected tangents. Jones has a natural wit and friendliness” – Beyond the Joke

MC: STUART LAWS
“Talking nonsense of the highest order… a chronically funny stand up” – Time Out
“It’s a confident performance of confident material…priceless” – Chortle
“Irritating stand up from an irritating man” – Broadway Baby