Where to see the best of the Edinburgh Fringe in London

Even if you committed to a full day of watching shows at the Edinburgh Festival Fringe this year you’d have a hard job fitting in absolutely everything you wanted to see considering the thousands of different performances on offer and the difficulty of running from the The Stand to the Cellar Monkey in the rain with a macaroni pie in one hand and an Irn Bru in the other.

Luckily (for London-based folk anyway) some of the most acclaimed acts at this year’s Festival are putting on their shows again at a variety of venues across England’s capital.

Here are some of our picks for Edinburgh Fringe shows coming to London.

As usual, some of the most acclaimed shows of this year’s Edinburgh Fringe are making their way to Soho Theatre in central London over the next few months. Highlights include young Canadian Mae Martin who performs her show Dope (Sept 18-30), which picked up a nomination for Best Show in the Comedy Awards. A hit on the Free Festival, Dope sees Mae draw on heartbreak and drug use to examine the idea of addiction and what it means to fill the hole in our lives.

Also at Soho is Best Newcomer winner 2013 and Best Show winner 2014 John Kearns (Sept 15-30) who had another engaging and funny show that was beautiful in that surreal, bemusing way that only Kearns can be.

John was part of the immensely successful Heroes of the Fringe stable at Edinburgh, and it is well represented at Soho. Other acts include virtuoso American story teller Desiree Burch with Unf*ckable (Oct 9-14), prop master and Best Show nominee Spencer Jones (Dec 11-Jan 6) and fast-talking joke machine Adam Hess (Sept 11-16).

Personally, we’re looking forward to finally catching Best Newcomer winner and Dr Brown protégé Natalie Palamides and her surreal clowning show Laid (Nov 6-18). And Joseph Morpurgo is another act we sadly missed this year, but we know has an incredible show in Hammerhead (Oct 16-28), an ambitious, metatextual, multimedia effort where he puts on the Q&A of an groundbreaking version of Frankenstein.

That’s not all, of course! Soho Theatre is also offering up Colin Hoult’s superb character show Anna Mann in How We Stop the Fascists (Mon 25 -30), which was very well received during the Fringe, and Tony Law, who had yet another hour of inspired madness with Absurdity for the Common People (Oct 2-7).

If you’re looking for a one-stop shop of the greatest alternative Fringe comedy this year, then The Albany by Great Portland Street is your place, with Objectively Funny putting on a festival of 42 shows over 10 days from Sept 16-26.

We heartily recommend every show in this mammoth run, but the ones that stand-out include Michael Brunstom’s Parsley (Sept 23), which was a lovely breath of fresh air that felt like a real attempt at trying to build a community among its audience in a silly, heartwarming way.

One of the best venues in London features some of the biggest hitters from this year’s Edinburgh Fringe over the next few months, including joint Best Show winner John Robins who pours his heart out in the incredible Darkness of Robins (March 14-17) – an hour of expert comedy on the impact breaking up with long-term girlfriend Sara Pascoe had on his life.

Other big names taking to the stage include Simon Amstell (Sept 22-28), who had a brief work-in-progress run at the Fringe this year, and Mark Thomas (Oct 17-28), whose show this year looked at the challenges of predicting the political future of the world after the shocks of Brexit and Trump.

This small but perfectly formed venue in central London features some less well-known acts that still had great shows.

Highlights include Matt Winning with his hilarious and well-research hour Filibuster (Sept 14) on the very serious subject of climate change and young Japanese comic and BBC New Comedy award winner 2015 Yuriko Kotani with Green in English, Blue in Japanese (Oct 6).

This comedy venue run completely by comedians was one of the best places to go for Edinburgh Fringe previews this summer, and this autumn it will showcase a few shows that were in Edinburgh this August.

These include Sean Patton and his well-received hour Number One (Aug 31), which was a tremendous debut from a young American comic that brought real humanity to stories of growing up in New Orleans.

Live comedy streaming service Nextup is also hosting some Fringe hours for taping (Sept 21, Oct 5, Nov 9), although names are still to be finalised.

Sara Pascoe heads to the Union Chapel on Nov 11

One of the most spectacular venues in London plays host to some big names this autumn, including Reginald D Hunter (Oct 7), Sara Pascoe (Nov 11), as well as multiple Edinburgh Comedy Award nominee James Acaster next year (Feb 10).

We have been long-term fans of Sh!t Theatre and their latest effort Dollywould – an ambitious and adventurous look at how the world views Dolly Parton and Dolly the Sheep – was one of their best shows yet. They’re performing it in Camden from Oct 3-5. 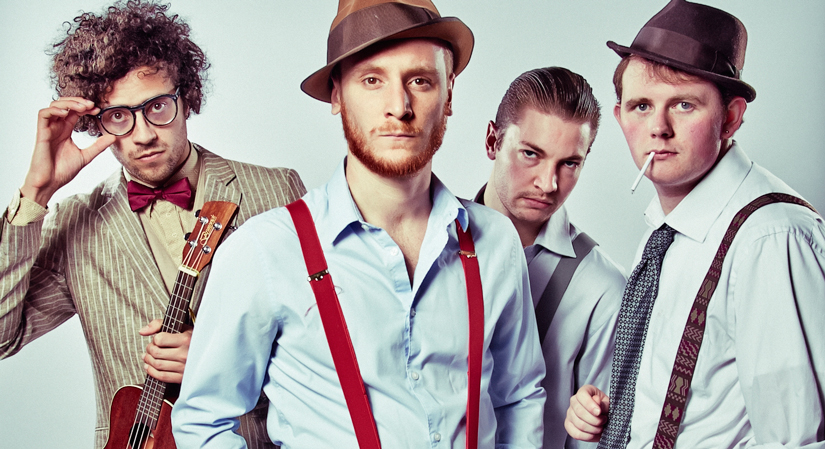 Sketch group the Sleeping Trees were one of the hits of this year’s Fringe for putting on three fun, unpredictable shows that attempted to bring their favourite cinema genres of mafia, western and sci-fi to the stage. They’re in Battersea from Oct 17-21. And early next year, Jess Thom, who has Tourette’s, puts on her one-woman version of Samuel Beckett’s short play Not I (Feb 28 – Mar 17) in an attempt to ask who is allowed to perform what and who gets the final say.

Although we’re not actually putting on any full Edinburgh shows, Laugh Out London comedy club would be remiss not to mention our Pick of the Fringe at The Old Queen’s Head in Angel on Monday September 11. It features Best Show 2017 nominees Jordan Brookes and Mat Ewins, Best Newcomer 2017 nominee Lauren Pattison, Best Show winner 2011 Adam Riches and Rose Matafeo, who had more stars than the Milky Way.