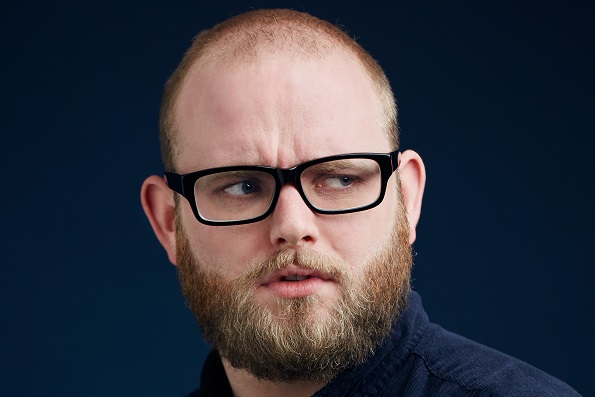 One of the stars of the Panel Prize winning Funz and Gamez, Will goes solo to search for the secular Messiah.

I’m ok thank you. I just had some thai spiced soup and have a brainwave to put in a teaspoon of marmite. It was incredible.

Actually, not bad. It’s pretty close. But I think that’s because I had the idea as a genesis point and have written around it, rather than write and try to cram it into a theme. Very diligent, me.

I have a brilliant joke about a waterslide that is the most effective terrorist force on British soil in the last ten years. That jokes done now. Thanks ISIS. Have I dropped the joke? No way. It’s a great joke. Sure it’s not true, but that’s never stopped me before. I have a great joke about my brother. And I haven’t even got a brother. TAKE THAT.

I share a flat with the same people most years. Sam and Tom from the sketch group Sam and Tom, the guys from Geins Family Giftshop, and Harriet Dyer from the stand up comedian Harriet Dyer. We’ve all known each other for years so we know when it’s a good time to be sociable and when it’s best to leave someone alone. It’s always a nice flat. I mean, I’m not going to pretend that there isn’t at least one night per fringe when I don’t cry on Kiri Pritchard McLean because I’m tired and frustrated, because that does happen. But it’s 2017, I don’t mind admitting it.

Looking forward to seeing friends that I dont get to see all that often, and eating a hotdog for breakfast and no one batting an eyelid. Even if they know I had a hotdog for last night’s tea. I love hotdogs.

I once did an exam where one of the questions was:

‘how many sides does a sausage have?’ The answer was 7. Top, bottom, front end, back end, left flank and right flank. But that’s six.

What’s the seventh? The inside apparently.

Just come and see my show.