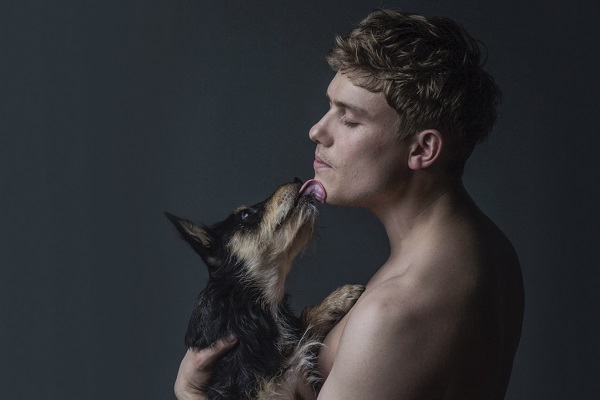 Jon came to our attention in the brilliant Pls Like, a BBC 3 gem written by Liam Williams that spoofed the impenetrable world of YouTubers. He’s taking those acting skills to the Fringe this year where he plays Cayden Hunter, an esteemed actor now teaching the artform in a workshop.

I’m good. I’m at home waiting for a package to arrive. It’s just getting to that point where I can feel the excitement being slowly replaced by resentment.

It matches. I’ve been working on the show since last year so I’ve knew what the show would be, or at least enough for a blurb.

I’ve definitely thought about them a lot, but it’s not in the show explicitly. Because my show centres around one character, a pretty appalling man, I think about it in those terms, from his perspective. I thought less about the actual events and more about the men behind them. It’s all quite depressing because unlike in good comedy characters, these men have been successful on a massive scale, it’s hard to see the comedy in that. I think the distances men like Trump or Farage are willing to go to achieve what they want is evil and I don’t think that’s true of the character I’ve created.

There’s definitely been a change in audiences though. Even in gigs where the demographic is clearly one sided, people are unsure and suddenly feel like the person sat next to them might be their opposite. It can help being in character. Sometimes.

I’ll be living with Kat Bond, Lorna Shaw, Rob Cawsey and Tessa Coates who are all up there with their own shows which will all be great and can’t wait to see. They’re lovely people so it’s going to be a breeze. I don’t really see the big fuss about surviving Edinburgh. I’ve done a lot more work and had a lot less fun and I’ve always survived. Maybe we’ll all put in for a nutri-bullet? Phone a friend? Get over ourselves?

I try and wait until I’m up there and rely on other people for most of my recommendations. There’s obviously loads of good comedy new and old, you know all of them already. I’m looking forward to Mae Martin, Phil Dunning, Very excited to see Nick Coyle’s new show.

I’m biased but ‘Fight in The Dog’ have a really interesting mix of shows and I’ve seen bit’s of Phoebe Walsh’s and Johnny White’s already and I think they will definitely be worth watching.

Outside of comedy, I’ve already got tickets to see ‘Wild Bore’ with Zoe Coombs-Marr, Ursula Martinez and Adrienne Truscott; not sure what to expect but I know it’ll be good. Mamoru Iriguchi’s show ‘Eaten’ at Sumerhall, I’ve seen him do some small performances this year and it’s hilarious, silly and sweet and would definitely recommend.

There’s always great programme at Summer Hall, I missed James Rowland last year and Sh!t theatre are always brilliant. FK Alexander’s ‘(I could go on singing) over the rainbow’ is back this year and is beautiful and moving and really LOUD,. It’s unlike anything else you’ll see which is nice to do at least once whilst your at the fringe. I’ve never seen them but I’ve heard good things about ‘Action Hero’. I’m excited to go and see a new venue that I’ve heard about opening in Leith, my partner is one of the ‘Figs in Wigs’ and they will be performing there, which means there’s bound to be other brilliant and interesting shows on.

I like being in the city in general. I’ve made friends over the years and I have a lot of memories so I feel all warm and nostalgic just wondering about. It feels a bit like that first year of university when you momentarily forget about the world beyond yourself and the people around you, which is a nice feeling, until you realise your having that feeling then it feels a bit perverse. I’m looking forward to having fun and drinking all over Edinburgh with my partner. Spending time with friends. I like spending time in Leith and walking everywhere. I’m really looking forward to performing too.

I’m a bit of a cynic when it comes to the outpourings, that being said it was hard not to in 2016 which I’m sure will go down in history as a vintage year. It’s definitely something people will bore their grandkids with. The two I felt the most were Bowie and George Michael. They felt like family losses, which sounds dramatic and it surprised me how much it did hit me when I heard. I think I connect both those artists with my mum and growing up and they’ve stayed with with me all this time. I realised that when you admire someone and they pass away, that you must of been holding onto some idea that one day you might meet them and get on like a house on fire.

My package has arrived. It’s the wrong size and I probably wont even send it back because it’s too much hassle. There’s more to life. Role on Edinburgh Festival Fringe.