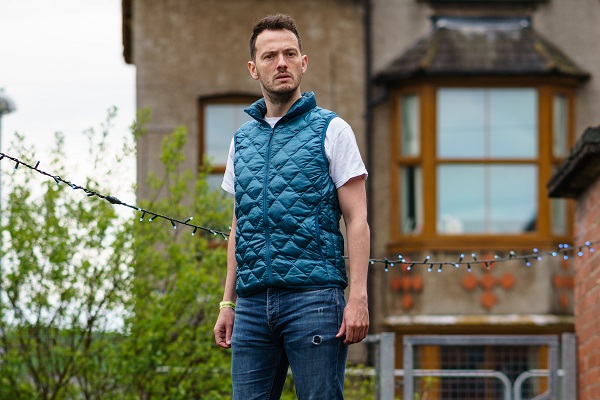 A favourite of Laugh Out London for several years now, Stuart Laws has a dynamism and energy that can get any audience on board with his often absurd streams of thought.

Terrible. Just awful. I’ve just got to the end of answering your interview and realised that my answers are incredibly dull so I’m having to go back through them and add lies.

Keep it vague William Hague, that’s my motto. I actually don’t remember what is in my blurb but I assume my name is there and some hubristic claim to be good at comedy.

Well thanks for bringing it up and yes: I shall be talking about losing my virginity, fighting ISIS and inventing the reverse croissant. It was a big year for me and I’m delighted to be telling everyone the most personal, private moments in my life.

James, Tom, Trent, Annie, Paul, Nish, Amy, Joel – absolutely no dead wood and that’s a real sweet deal. Last year there was an attempt to watch every Oscar winning Best Film going back to 1988 but we got nowhere near it. This year I’ll bring Bad Boys 2 and just screen that every day. I’ve also just gotten a pet snake so am bringing that and giving it free roam – like God, except I doubt I’ll regret this as much as God must regret giving ol’ snake eyes the keys to the garden.

Go and see everyone I’m living with. Here’s the reasons: James Acaster is performing all his incredible shows from the last few years and he’s only gone and improved them. Tom Allen is so, so, so funny and his shows are always a charming, hilarious treat.

I’ve previewed with David Trent already and his show is mind-blowing. Annie McGrath has done the old classic: come back to Edinburgh with a second show and totally outdo herself with an even funnier, brillianter show, Paul Williams is handsome as hell and a funny, funny guy – this is his debut in Edinburgh and it’s going to be excellent.

I have no idea what Nish Kumar is doing in Edinburgh as he’ll only be there for a few days, whatever show he rocks up in will be improved by him. I think Amy Annette is great, she’s new to stand up but already has some sweet, sweet routines, she also hosts What Women Want and that is a fascinating, entertaining hour.

Joel Dommett is doing some WIP in the middle of the Fringe and I’ve seen some of it already, he mentions the word “jungle” loads and I’m not sure why but it’s goddamn funny. Also go and see Cyrus The Virus do a one-man show about rehabilitation from a life of crime.

Cinema, I’m going to go to the cinema a lot. And do running. From the Po-Po, gonna be running from the Notorious P-I-G.

Tragic story but your phrasing is unfortunate. Angelica Patterson, famous showjumper actually passed away after falling off a grand piano and hitting me on her way into the fire pit. I took that badly.

Might go back and add some lies to the answers, it all looks a little dry up there.