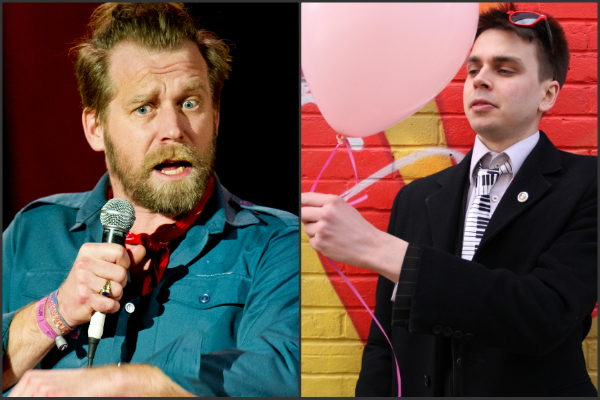 TONY LAW
One of our favorites, Tony has been one of the most exciting and surreal comics on the circuit for years. He’s a three time Chortle award winner and has been nominated for the Edinburgh Comedy Award for best show. It’s always such a pleasure to be in the same room as his daft brain.

JOZ NORRIS
By far and away one of our favorite acts,, consistently silly and stupid. Lat year’s Edinburgh show “Hello, Goodbye” was underappreciated, beautifully crafted gem packed with excellent set pieces. He’s a delight.
“An absolute idiot… Simple, silly and screamingly funny” – Fest
“A potentially massive future comedy star” – The Herald
“He is a born entertainer, but also a great comedy writer” ★★★★ – Chortle