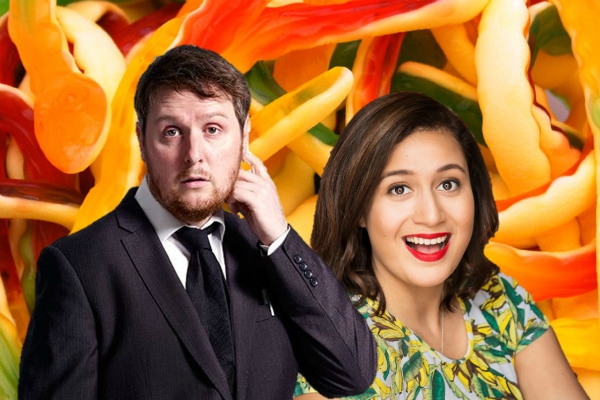 Known for his pioneering Edinburgh shows mixing comedy with deliberately bad poetry, Tim scooped the main prize in 2009 and has never looked back. You probably seen him as Alan Partridge’s put-upon sidekick, Sidekick Simon, in Mid-Morning Matters or Alpha Papa. Or maybe the final series of Peep Show, or contributing poems to Charlie Brooker’s Screenwipe, or the criminally underrated sketch show Cowards. Either way he’s incredible.

Edinburgh Comedy Award Winner 2009
“In any other sphere apart from comedy, we’d probably class this way of looking at the world as certifiable. Here it feels like genius” – Telegraph
‘This is one art house form-buster who can really give you a good time.’ – ★★★★ Times
“At times it’s like a wind-up; elsewhere it’s so lovely you could bathe in it” – ★★★★ Guardian
“He’s a genius plain and simple”- Time Out

Sassy best friend (sas-ee best friend): 1) A sidekick to the main character in a romantic comedy. 2) Not conventionally attractive, quirky, hard to love. NZ comedian Rose Matafeo returns with an hour of sketch and stand-up about her 25 year struggle with being the sassy best friend in her own life. All she wants is to be loved by you, and she’ll do whatever it takes to win you back, baby.
Best Newcomer nominee at the 2016 Melbourne International Comedy Festival.
★★★★★ – Telegraph
“A stellar debut: silly, charismatic, and packed with great gags” – Guardian
“Her act is in the true spirit of the Fringe” ★★★★ – Edinburgh Festivals
“inspired, dark and brilliant.” ★★★★ – The Skinny