Harry Potter and the House Elves On Strike – May 14 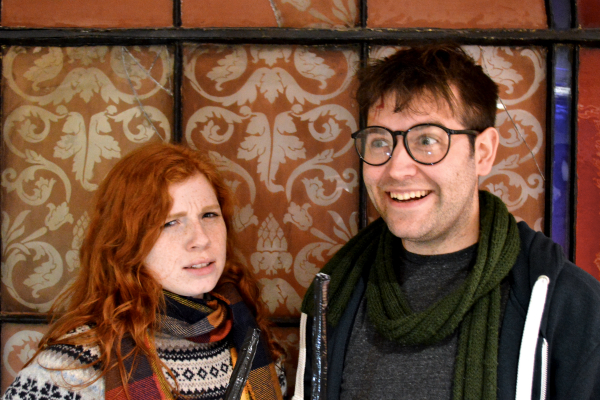 Laugh Out London (‘third best comedy club in London’ – Time Out) and Weirdos Comedy Club (‘the closest thing we have to a modern-day Comic Strip’ – Chortle) present a ridiculous Harry Potter parody.

Harry Potter and the House Elves On Strike – An Unofficial Sequel

Harry Potter (Larter) is celebrating his, once enemy and now friend, Draco Malfoy’s (Joz Norris) birthday party when the House Elves go on strike.
He calls in some old pals to put on a party – what could possibly go-wrong?

Written by and starring…

✨✨ Adam Larter as Harry Potter ✨✨
“isn’t something that would fit into a normal comedy club” The Skinny
“A sharp satirical mind”, The Independent

✨✨Kathryn Bond as Ginny Weasley✨✨
One half of critical acclaimed sketch duo That Pair.
‘Top-notch gooning around’ – ***** Broadway Baby

✨✨ Matt Tedford as Ron Weasley ✨✨
Start of Margaret Thatcher, Queen of Soho
“Matthew Tedford gives a 5-star performance”
“an immense natural comic talent and with any luck should become a more familiar face on the nation’s TV screens” Attitude Magazine

As various other characters…

‘Side-splittingly hilarious. It was low-budget, rife with technical problems, and the actors forgot many of their lines, but it all added up to a very, very funny show’ – MuggleNet review (Harry Potter fansite)

‘By sticking with their DIY, non-conformist comedy, the gang have produced some of the silliest, funniest and most innovative shows on the circuit, and built up a large, loyal following along the way’ – Time Out