SOLD OUT Comedy in Brixton – March 15 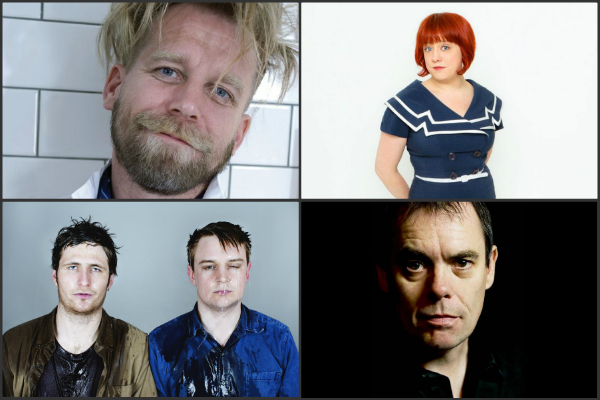 Laugh Out London returns to south of the river with a stellar line-up topped by our favourite nonsense provider Tony Law!

SOLD OUT -NO TICKETS ON THE DOOR!

TONY LAW
Multi-award winning Canadian silly billy Tony Law brings us his own unique brand of delicious nonsense. A firm favourite of ours Tony is one of the most consistent providers of silly nonsense in comedy. As seen on Have I Got News For You, Never Mind The Buzzcocks, 8 Out Of 10 Cats and The Alternative Comedy Experience.

“One of the most delightfully zany and disconcerting comedians around” – **** Telegraph
“Chaos has rarely been so finely conducted and this much fun” – **** Times
‘Tony Law takes a highly-enjoyable crap on comedy conventions, and manages to be clever in a way that doesn’t make you want to throttle him’ – Adam Buxton

KEVIN ELDON
One of the most famous faces in comedy, appearing on pretty much every great British comedy show of the past 25 years, including: Brass Eye, Smack the Pony, 15 Storeys High, Spaced, The IT Crowd, Look Around You, Packing Them In, Black Books, Big Train, World of Pub, The Sunday Show, Comedy Nation, Cows, Jam, I Am Not an Animal, I’m Alan Partridge, The Sofa of Time, Attention Scum!, Nighty Night, Green Wing, Jammin’, Nathan Barley, Hyperdrive, Saxondale and his own brilliant sketch show It’s Kevin.

His live show Kevin Eldon is Titting About won great acclaim at the 2010 Edinburgh Fringe and he’s back on the live circuit to showcase a glorious world of hyperactive characters.
***** – Chortle
***** – The Daily Telegraph
**** – The Independent

ANGELA BARNES
Since winning BBC New Comedy Award in 2011 Angela has become a circuit fixture with two excellent edinburgh shows under her belt. She’s been heard on Radio 4 in The Now Show and the News Quiz and is becoming a TV regular with appearances on Mock the Week, Alan Davies As Yet Untitled Stand Up for the Week and more.

“Brilliantly funny” – Sarah Millican
“She’s just a gloriously down-to-earth, straight talking and extremely funny comic” – The Guardian
“A beautifully paced performance that was aided by the consistent quality of her jokes, many of which showed a great skill with self-deprecation” – Chortle

SOLD OUT -NO TICKETS ON THE DOOR!