SOLD OUT Comedy in Brixton – February 16 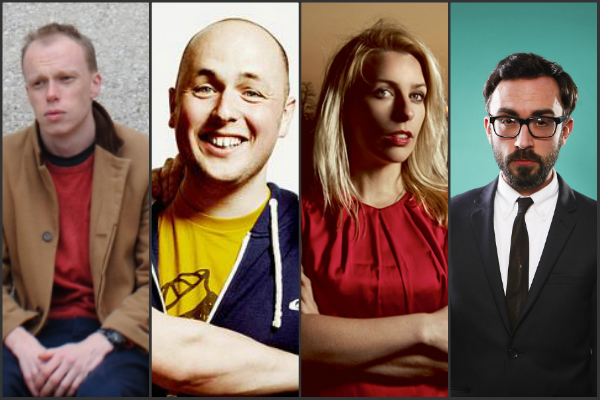 Laugh Out London comedy club returns to Brixton for another night of alternative comedy goodness with the super smart and slick Sara Pascoe!

SOLD OUT
NO TICKETS ON THE DOOR

SARA PASCOE
Out and out one of the most interesting and funny acts on the circuit. Telly appearances include Live at the Apollo, QI, The Thick of it & Never Mind The Buzzcocks.
Foster’s Edinburgh Comedy Award 2014 – Best Show Nominee

JORDAN BROOKES
One of the cult hits of the festival this year Jordan’s debut show earnt him impressive reviews and a nomination for Best show at the Comedians’ Choice awards. He has previously won the Welsh Unsigned Stand-up Award 2012.

“Performance skills to spare and an innovative approach running through this assured debut like lettering in seaside rock” – **** Chortle
“Clever, intelligent and walks a very interesting line between being cerebral and broad” – ***** The Mirror

Without doubt one of the best MCs on the circuit Tom has won critical acclaim for his Edinburgh shows including Three Weeks Editors’ Award.

“Ingenious and fresh” – Time Out
“He is dynamite, wrangling a laugh out of every single audience chat…Mega recommended” – The Skinny
“Tom Webb is a cheeky, inventive, damn funny fellow… One of the bestMCs on the circuit” – London Is Funny

SOLD OUT
NO TICKETS ON THE DOOR