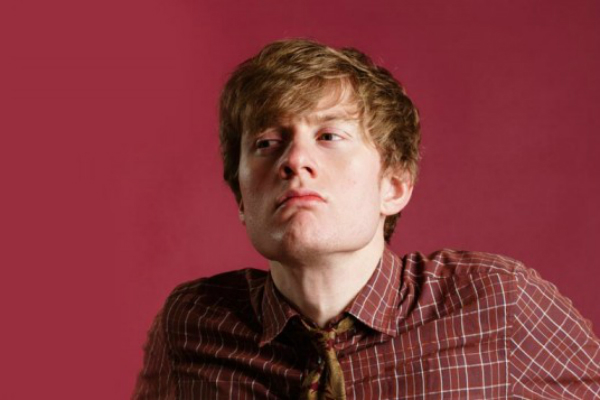 It’s safe to say that comedian James Acaster has been a long-time favourite of ours. His four nominations for Best Show at the Edinburgh Fetival Fringe are testament to his consistency as one of the best comics in the country.

Laugh Out London’s roving reporter Tim Lewis caught up with him in the build up to his upcoming Lyric Theatre show of his Edinburgh Comedy Award nominated show “Represent” to chat about his tour so far, his new Kickstarter and Christmas.

You have been performing Represent around the country for a couple of months now, how has the tour been?

This has been the most I’ve enjoyed performing out of any of my tours, I’ve been very lucky with audiences and have learnt a lot as I’ve progressed which is always a nice feeling I think.

How would you sum up Represent in one sentence?

A whimsical show about doing jury duty and making your mind up by a silly boy.

During last year’s London run, you did a few weeks at the Soho Theatre. This year you’re playing one larger show instead. Are you excited about playing a large one off gig?

Excited and nervous and worried that I won’t get another people at the show. But on the whole, excited yes. Just wanted to try something different this year and hopefully it will have been a good decision!

You feature in your first televised acting role on BBC 3’s Josh, how did you find the experience and is it something you want to do more of in the future?

I really loved doing something completely different for the day and it was great to do it with a big group of mates as well. I’d love the opportunity to improve at that sort of thing and do more absolutely. In Josh’s sitcom I’m basically playing myself so I might need to work on my range first.

Would you have any interest in writing your own sitcom?

Yes. Trying to do so at the moment actually. It’s a lot more fun than I thought it would be when I was putting it off.

You were in a few bands when you were younger, which records have you enjoyed this year?

How To Die In The North by BC Camplight, Divers by Joanna Newsom and loads of stuff that was released ages ago but I’ve only just discovered like I’m A Loser by Doris Duke and True Love Cast Out All Evil by Roky Erickson

You have recently just performed in your home town Kettering. How do you find hometown gigs?

They’ve gone better as the years have gone by. They were very hard to begin with because people were turning up very kindly to support the local boy but didn’t know what the comedy would be like. Now they know what to expect so it’s great. Also I was probably rubbish when they first came to see me.

Turtle Canyon and yourself are currently using Kickstarter to fund the next season of Sweet Home Ketteringa, what are you planning for season two?

We will be heading to Kettering’s twin town, Lahnstein in Germany and discovering what makes the two towns so similar. The aim is to find a little bit of Kettering in Germany.

In the new year, you’re going to be doing some shows in Australia, who are some of your favourite Australian comedians?

In December, you’re starting the “James Acaster Experience” at the Invisible Dot, can you shed any light on what people can expect from those shows?

It’s me presenting my favourite newer acts. In December we have Rob Pybus, Rose Matafeo and Emma Sidi, I think. I could be wrong.

Finally, what are you hoping to get for Christmas this year? A Christingle?

iTunes vouchers or so I’m told. It’s all I ever want, to be fair.