Comedy in Brixton – January 19 SOLD OUT 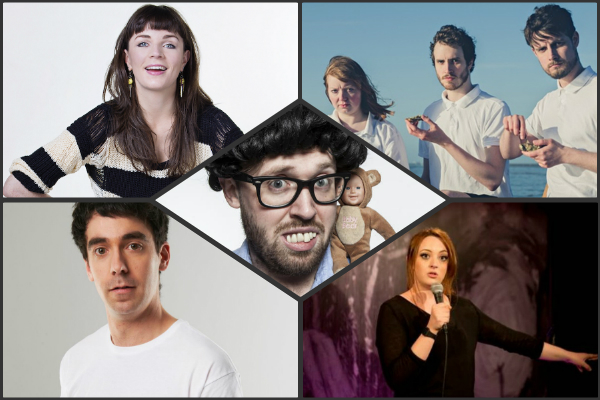 Laugh Out London comedy club returns to Brixton for 2016.

This show is Sold Out

There will be no tickets on the door.

Multi-award winning surrealist who combines absurdism and bare humanity to beautiful effect. John made history as the first person to win the Edinburgh comedy Award best newcomer and best show awards in successive years. He has gone on to star in new BBC sitcom Top Coppers.
Fosters Edinburgh Comedy Awards Best Show 2014 – WINNER
Fosters Edinburgh Comedy Awards Best Newcomer 2013 – WINNER
“Now THIS is how you do absurd comedy” ***** -Chortle
“A true comedy original” **** -Time Out
“Kearns could be your new king of comedy” **** – Evening Standard

“Fast, funny, and vibrant, this is an assured debut from a man who deserves all the ‘one-to-watch’ tips he attracts” – **** Chortle
“An hour of almost non-stop jokes, spoken at breakneck speeds by a guy who is going places” – **** Broadway Baby

“A joy to watch, provided you don’t suffer from a nervous disposition” — *****The Skinny
“the kind of sensibility that would unsettle even the darkest League of Gentlemen fan” — *****The Sunday Times
“A blistering debut hour of twisted, surreal humour” — **** The Metro

FERN BRADY
TV appearances include the Stewart Lee curated Alternative Comedy Experience a 8 out of 10 Cats.