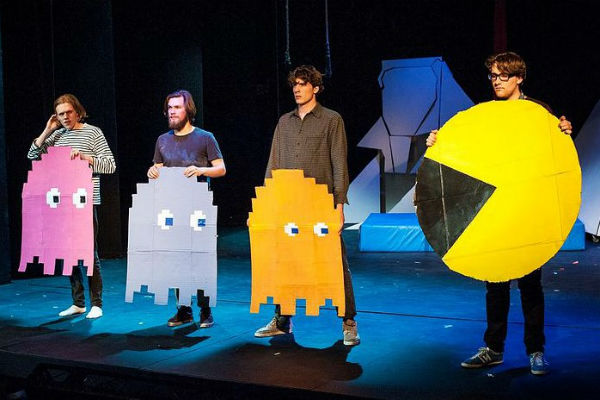 Not only is Pelican a really great bird, it is also a group of talented members of Cambridge Footlights making their debut at the Edinburgh Fringe.

Good thanks. How are you?

Are you ready for another month of Edinburgh Fringe action?

It’s actually the first time we’ve been up as a four, so we’re really excited. Come back to us next year on that one.

Our blurb is copied from the Wikipedia article on pelicans, so a lot of it doesn’t directly relate. But unless the genetic makeup of pelicans has changed drastically since March, it’s probably all still correct.

What are your tips for getting people to see your show?

We’ve invited all of our friends to our facebook event, but Guy is from France, so a quarter of them can’t come. It’s hard, isn’t it? What are your tips?

Is there anyone in particular you’d like to see in your audience?

Ourselves. That’d be pretty surreal.

We’re sharing a flat with each other, and our producer Imogen. We’ve been performing circular massage rituals a lot.

Producer Imogen: The food. The boys have been cooking all the meals so far and they’ve all been amazing. This is the longest I’ve been in Scotland without eating overpriced meat from food trucks.

What’s your topping at The Baked Potato Shop on Cockburn Street?

Sam: I just like beans, cheese and tuna.
Guy: What, altogether? Urgh.

We’re really looking forward to seeing Trygve Wakenshaw, Bobalong and Bafflesmash. We’ve also heard there’s a new circus tent which sounds absolutely bonal*. We recently did a sketch show set in a circus, so we imagine it’ll be just like that.

*Bonal is a word we made up a couple of weeks ago, but we really want it to catch on.