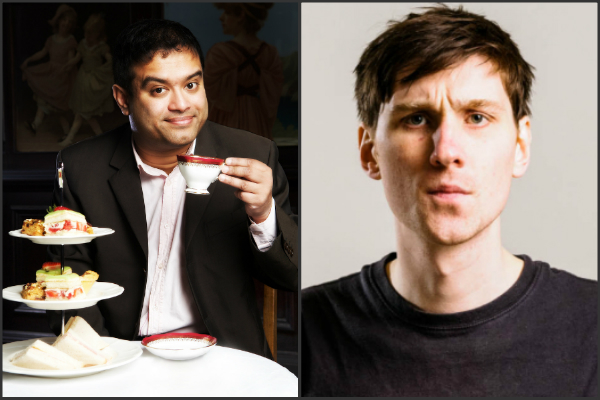 Critically acclaimed Edinburgh favourite Paul Sinha returns after a self-imposed exile during which real life took over. Looking back, life as a travelling single gaysian delivering lefty liberal jokes was quite straightforward. Now he has to juggle the responsibilities of being an uncle, being in an actual relationship for the first time in twenty years, and being that bloke, from that quiz, in that poorly fitting white suit. It’s not easy.

‘One of the most technically gifted comics on the British circuit’ (Scotsman). ‘Hilariously funny, passionate and articulate’ (Chortle.co.uk). ‘Honest, heartfelt, uplifting’ (List).

Another calamitous year. Another hour of blisteringly funny stand-up from a man ‘on the cusp of far greater recognition’ (List).

‘The best comedian you haven’t heard of yet’ (Mark Watson, Time Out). ‘At once hilarious and painfully revelatory’ **** (Chortle.co.uk). ‘The stand-out stand-up’ (Evening Standard). ‘What a genuinely fresh and powerful voice… It is wonderful’ (Scotsman). ‘Sean McLoughlin has “it” and is more than willing to continuously punch it in the face’ (Doc Brown).