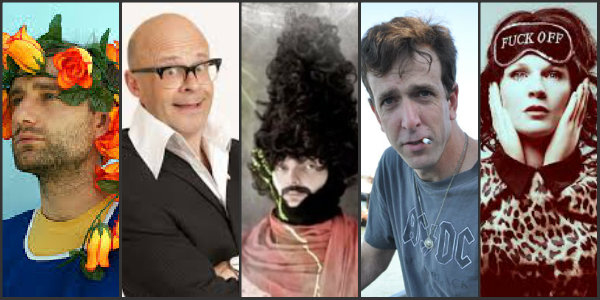 Back in 2011 we saw Matthew Kelly, blowing a trombone into a nonplussed Swedish man’s face, our affection for the man has only grown further since.

As a character, Matthew is attired like a resplendent colonial general who strayed too long into the midday sun, with, to put it politely, a meandering midatlantic accent. He has been seen for the last few years at the Edinburgh Festival Fringe, also the Shenzhen Fringe in China, as well as performances in Weirdos productions (as Hook in 2012) in London and soon to venture to The States later in the year. 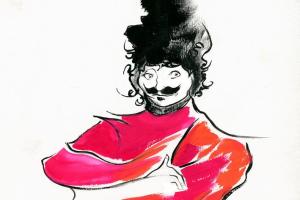 It’s been a while since we last saw you, what have you been up to?
I tried to take an honesty night to Sea World. Don’t ask.

Tell us about your new venture “Matthew Kelly Returns”. What do you have planned?
I will be curating and emceeing this new night. Inviting colleagues of a congeneric tastes and humour to perform. Hopefully it’ll be a multimedia affair. This is after all, Kings Cross.

Do you have any showbiz pals lending a hand?
My friend Harry Hill will be lending himself. As shall Will Franken and Beth Vyse. Who both recently garnered 5 star reviews at the recent Ham On Rye Folk Festival I understand. Because they told me. And told me. And..

I’ve still got your painting of Nelson Mandela and his friends tearing down the Berlin wall, how much should I get it insured for (I don’t have a car so going on the Antiques Roadshow is not on)?
Give it back.

Finally, how’s Cliff?
Um. I’ll ask him. (Matthew halts the interview and reaches for his landline. The phone rings.)