Struggling to decide what comedy shows to see at the Edinburgh Festival Fringe in August this summer? Well, don’t worry, Laugh Out London is here to help with a fine selection of the best paid-for stand-up and one-person shows we recommend.

It includes some established acts with predictably great shows, as well as some less well-known names we think will make the breakthrough this year (we were right about Kearns, Bea, Williams, Christie and everyone else last year!). We’ve also tried to avoid the far-too obvious (do you need an amateur comedy blog to recommend you see Stewart Lee?)

We’ve caught Bridget at the Fringe on an annual basis for five years now, and were delighted to see her pick up the Edinburgh Comedy Award for what was her most powerful, funny and smart show yet. Early previews hint that this year’s hour will be every bit as good. For Londoners, she’s previewing with Shappi Khorsandi in July.

The Haunting at Lopham House

Along with Nish Kumar, Tom was one half of one of our favourite double-acts The Gentlemen of Leisure. Now the regular Radio 4 writer takes his first solo show to the Fringe in the very exciting sounding comedy ghost story of widower Leopold Clarke who is sent to investigate sinister goings on at Lopham House.

We’ve touted Joz for a long time as he continues to rise in prominence on the alternative comedy scene in London. His past character-based shows have maybe lacked a heart that brings the madness together, but this year Joz takes to the stage as himself opening the door for a real breakthrough hour.

We’ve loved Bec for several years now after having first encountered her on a very awkward comedy crawl adventure in Camden. She’s still as charming and upbeat as she was then and, after several acclaimed Fringe shows, this year is looking like the one that will take her to the next level on the UK comedy scene.

You Can’t Take It With You

Winner of the BBC New Comedy Award in 2012 Angela has built up Fringe experience in various mixed-bill free shows over the past couple of years. She’s now ready to take what she’s learnt to her first full show, which promises to discuss the ‘big stuff’. 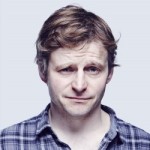 Adamsdale was the somewhat surprising winner of the 2004 Edinburgh Comedy Award (then still sponsored by Perrier) for his one-man storytelling show Jackson’s Way. Since then he’s kept a relatively low profile on the comedy circuit, turning instead to acting. But 2014 sees his return to Edinburgh with an hour-long show about borders (not the now-defunct book store we’re presuming).

Down and Out in Powys and London

Another act with heavy award credentials after winning So You Think You’re Funny in 2011 and receiving a BBC Best Newcomer nomination in 2012, this is Tommy’s debut hour in which he “tells tales from Wales and London featuring bordello belles, vagabonds, vagrants, swindlers, bindlers, drunks, drifters, drug dealers and Jesus”.

Ruminations on the Nature of Subjectivity

Another act who’s now firmly established to guarantee a great, thoughtful hour of intelligent comedy. The description describes it as a “stand-up comedy show for people who like stand-up comedy shows”. You’ll probably like them even more after seeing this.

Since 2011, James Acaster has put on one of the Fringe’s few ‘must-see’ shows of the year, capturing two Fosters Comedy Award nominations in the process. This show is already gaining similar plaudits, taking the Best International Show prize at the New Zealand International Comedy Festival. I’d get your ticket soon. For Londoners, he’s previewing with Tony Law on July 8th in Angel. 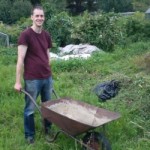 The blurb promises “rants and moans about everything Alistair thinks is wrong with the world”. We promise a barbed hour of hilarity smothered with pessimism. Every comic we know says this is the show to watch this year. We’re happy to listen to them.

Still so young, but with material so honed and polished, this hour from Ivo is likely to be one of the most reliably funny shows at the Fringe this year. We’re expecting more stories of awkward romances and Inbetweeners-style desperation to fit in. 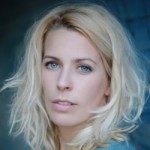 From an early preview, Sara’s 2014 is shaping up to be an engaging hour of deep critical thought on love, sex and how we define ourselves in the context of others. There are some jokes in it too. Good ones. 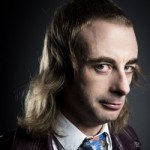 The show title probably describes Paul’s approach to comedy better than we ever could. With a brilliant mind of surreal thoughts Paul has built a devoted fanbase. If you’re one of them, you’ve probably already bought a ticket.

Someone who’s now much a part of the Edinburgh Fringe as baked potatoes, salt ‘n’ sauce and Glaswegian indifference, Josie always produces a show to get excited about. And she’s at The Stand this year, which should make things even lovelier. We’ll be there. For Londoners, she’s previewing with Tom Webb in July.

Death of a Sails Man

Another Best Show nominee for his mind-bending brilliance in 2011, Simmons returns to Edinburgh to talk about wind-surfing and a mid-life crisis. We’re sure it won’t be as simple as that though.

The dry, bow-tie wearing Australian is still only 19 but is well on her way to big things after winning So You Think You’re Funny last year as well as the prestigious Aussie newcomer award Raw Comedy. One to watch if you’re thinking who might be claiming the Edinburgh equivalent.

Live At The Pleasance Courtyard

Trent made a big impression in 2012 for his relentless multimedia presentation that took on disappointment, anger and Sigur Ros among its many themes. He’s only got better since, acutely taking down much of modern culture in a way that integrates the slide and projector to create a true show rather than a gimmick.

We’ve still to see Fin in action, although we have been assured by many that his real talk is the real deal. According to Chortle he’s ‘original, distinctive and fresh’. He’s wearing an orange t-shirt in his Fringe photo. What more can you want?

One of a select few performers on this list we’ve yet to see, but we trust the people who praise him and his credentials include the Bear Pit Podcast alongside two of our very favourite acts: John Kearns and Adam Hess.

Kim created possibly the greatest one-person show I have ever seen with Kim Noble Must Die – a troublingly honest show on death and loneliness that was able to disturb every sense and cause major re-evaluation of a life course. You’re Not Alone has a lot to live up to. I have faith.